Click image to see/ purchase it in writer's photography portfolio

1. Christianity is easy. This statement can be both right and wrong. It is easy if you don’t work hard to follow Christ and his examples. But the closer you get to God, the more the world will not accept you; in turn, the more turmoil you’ll experience. When Jesus says follow him, there’s a reason he says “Take up your cross and follow me”, key words here being “take up your cross”.

2. Christians are always happy, like, head-tilting-over-sized-smile-cheesy-happy. Well no, did you just read #1? The deeper we get into Christianity, the more we face opposition; but, there’s a flip side to that coin. We also learn more and more about being grateful and finding joy where it’s often hard to find. So while our challenges can be immense, so can our wealth of reasons to rejoice.

3. We’re just sheep. Well... beh-heh-heh-heh. Aside from that, I’m an individual who clings to God because I’ve researched, gathered objective data and pulled through all sorts of life situations; not because a book, a church or a pastor tells me to. It’s my choice to be Christian; and even thought I don’t give up on someone who’s been unusually gracious, forgiving and loving toward me; I could if I wanted to be so ungrateful.

4. Christians are blind followers. No. I’m not. I’ve been an Atheist and an Agnostic. I’ve studied other religions, in depth. I’ve studied the near-death experience, in depth. I’ve had many friends and coworkers from all different beliefs, from all over the world. I lived on the grounds of a Buddhist center for the better part of a year. I’ve weighed a LOT of information before I balanced the scales.

5. Christians are all Bible thumpers and Jesus Freaks. You know what’s funny? I used to call Christians those things too. But no, actually most of us are not like that. The best ministers know you can’t help anyone by belittling their beliefs or pouring in pressure.

6. Christians are against science. Science (not Scientology), is actually what lead me to God. I found ridiculous numbers of commonalities between how the mechanical, human made world functions and how the natural world functions. Just as it’s impossible that our car just appeared or evolved by itself, it’s virtually impossible that our bodies, our earth or anything in it did the same. This is the idea behind my doccumentary.

7. We don’t feel kinship toward those who are not Christian, or those who sin. Not at all. Some of the most beautiful, loving, caring people I know are not Christian. And I don’t know a single Christian who doesn’t or hasn’t sinned, including the guy I see in the mirror.

Thanks for reading :) I spend a lot of late nights and challenging moments working hard. All content is done by me... the writing, recording, editing, web design and setup, photography and publishing content. If you find value in it, please consider any of the following: 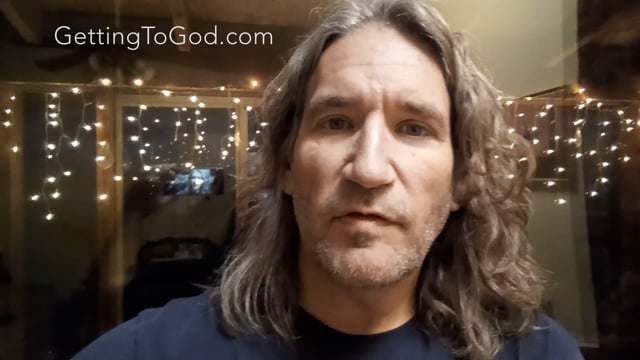 I Held My Grandfather's Hand as he Died (article)